Comparatives are a degree of adjectives used to show a change or comparison. We use 'than' when we are comparing two things. 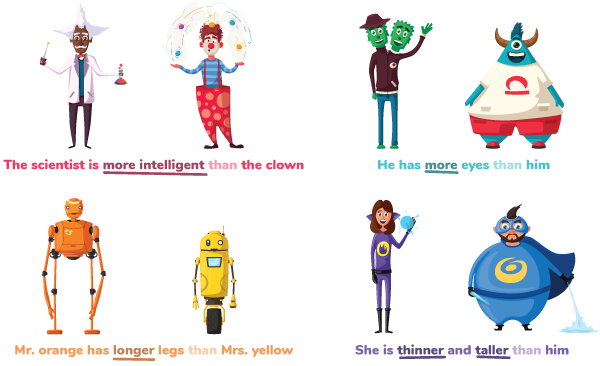 Introduce ‘comparatives’ by reviewing the grammar rules and watching the supplementary video.

Guess what - The teacher chooses one noun card from the deck, and keeps in a secret. The other noun and adjective cards are laid out on the table, face up, so the students can see them. The students take turns asking the teacher questions, only using comparatives from the items provided. e.g. Is it bigger than a butterfly? Is it colder than ice cream? Continue asking questions until someone arrives at the answer. Students should see all noun cards before the game begins to be familiarised with them. There is a two question minimum before the students can guess the answer.

Complete the sentences for reinforcement. 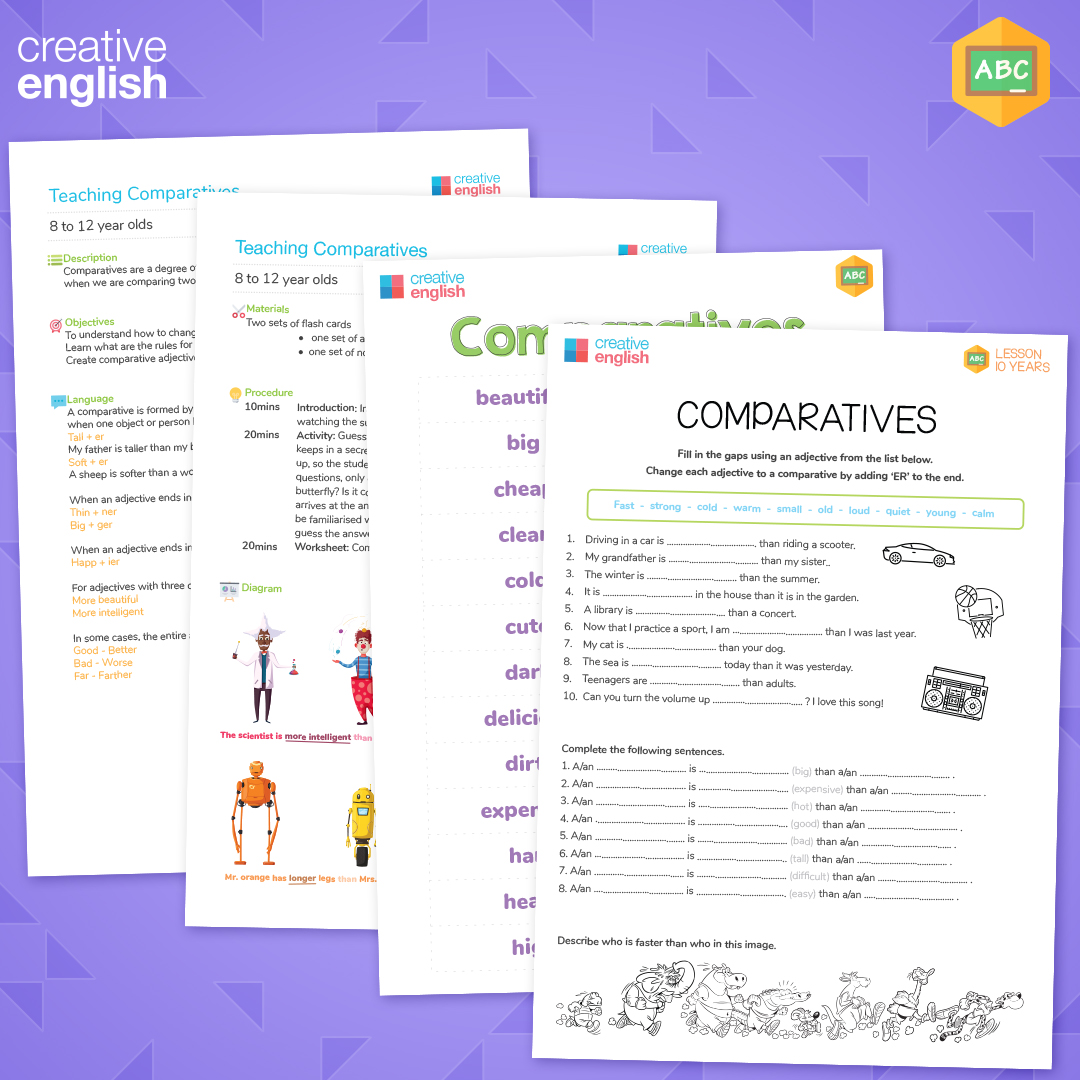